Bail Bond Services: Why You Should Use These Services If Your Partner Was Arrested

If your significant other was arrested and is facing a series of charges that could leave him or her behind bars for years, you may want to do anything you can do to help the one you love. Once bail is set, the arrested individual would need to pay around 10% of the full bail amount to get out of jail on a temporary basis. If bail was set for your partner but you don't have the money to pay that 10%, you should think about using the bail bond services.

What Are Bail Bonds?

When a person is arrested and charged with a specific crime, bail may be set based on the severity of the charges. In some instances, bail may be around $100,000, meaning the defendant would need to pay out at least 10% of $100,000, which is a total of $10,000. Because it's still a significant amount of money, you may not have the funds to use to bail your significant other out. If you're unable to bail him or her out of jail, he or she may end up staying behind bars until a deal is made or a trial is arranged, which sometimes takes years.

The bail bondsman offers a service where cash is offered upfront to help people bail out their loved ones, but a fee is charged. In addition to charging a fee that must be paid over time, the defendant will need to make an agreement to show up for all court dates. Some people choose to use their homes or other valuable belongings as collateral when obtaining one of the bail bonds. It's something you'll need to think about, but it may be the most beneficial solution for your significant other.

Why Use These Services?

Many people choose to use the bail bond services because they don't want their loved ones to sit behind bars without a fair trial. Unfortunately, some women and men can't afford to get bonded out of jail and may end up living behind bars for years until they get a fair trial and are able to clear their names. When situations like this arise, people lose out on time with their family, they lose their jobs, and they go through the mental, physical, and emotional suffering that comes along with being stuck inside of a cell where they may not be treated very well.

If you believe in your partner's innocence and you want to make sure he or she doesn't have to sit behind bars while waiting for a trial, you should get in touch with a bail bondsman. You can make an agreement with the bondsman and get the money needed to bail your significant other out of jail for the time being. Talk to a local bondsman about bail bond services available to your loved one.

Read in about 3 Minutes 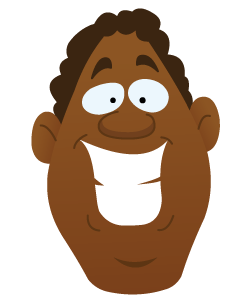